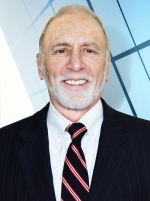 Ronald J. Barbieri, Ph.D., CPA, has been involved in real estate and finance for the last 40 years. He began his career with Arthur Young & Company (Ernst & Young) after graduating with a bachelor’s degree from Stanford and an MBA from Stanford Graduate School of Business. He became a CPA. Ron was on the faculty of Cal Poly, Pomona, where, as an Associate Professor, he taught real estate and finance while getting his Ph.D. in Real Estate and Urban Land Economics from UCLA’s Graduate School of Management. His minor fields were in Finance and Architecture. He also concentrated in statistics while at UCLA.

While at Coldwell Banker (now CBRE), he spearheaded the effort to design and market the first real estate investment fund for pension funds and insurance companies. Ron worked directly with Smith Barney’s Corporate Finance Partners in New York. He was responsible for all aspects of the fund’s activities, including identifying the real estate investment and development opportunities, acquiring the properties and managing the real estate assets. The $80 million (in current dollars) obtained in the private placement was used to develop over $300 million in commercial properties. The fund earned a 20% percent annual Internal Rate of Return for its institutional investors over a 10-year period.
Ron Barbieri was the Partner-In-Charge of the San Diego operation of Equidon, a commercial real estate development and construction company. He developed a 125-acre office park with its 7,000 square foot glass marketing pavilion, a 283,000 square foot mid-rise office building, a 75,000 square foot R&D building and a 43,000 square foot biomedical lab for a La Jolla Cancer Research Institute.

Ron Barbieri was a partner in KPMG, one of the international accounting and consulting firms. He was primarily involved in the asset evaluation of large residential development companies and commercial real estate portfolios for financial institutions. This effort was in support the restructuring of mortgage loans or the sale of assets during the early 1990s. Barbieri retired from KPMG in 1996 and moved to the High Desert where he focused on investing in real estate.
In 2003, Ron emerged from retirement as a “tenant rep” finding locations for 99¢ Only Stores. He joined Lee & Associates, where he continued to represent retail tenants. As a consultant to the landowner, he renegotiated the CC&Rs with Target and supervised the architects and engineers to master plan the first phase of Jess Ranch Marketplace in the Town of Apple Valley and obtain the entitlements. He also leased that project. Ron also sold commercial and industrial land in the High Desert to various investors, developers and municipalities. His largest land transaction involved the purchase of a $20 million, 430-acre parcel by an investor. In December 2012, Ron Barbieri moved to Coldwell Banker Commercial where he is a Senior Vice President.
Ron recently represented the City of Victorville on two properties, as well as the buyers, and closed both escrows for the city. One buyer will develop a Hilton Hotel on vacant land, and the former Victorville Water Company is being repositioned to a different use.
In the spring and summer of 2015, Ron Barbieri was the tenant rep for PoolCorp in their search for a new warehousing and distribution facility in Southern California. They entered into a 7-year lease for a 185,000 square foot new facility in the City of San Bernardino, CA.